The cause of Restless Legs Syndrome (RLS) has baffled doctors since the neurological/sleep disorder was first identified in the late 17th Century. However, scientists and researchers conducting a clinical study in Germany that involved approximately 46,000 patients, have identified 13 previously unknown genetic risk variants which might be the keys to the development of the disease.

According to study author Dr. Barbara Schormair of the Institute of Neurogenomics at the Helmholtz Zentrum München, the researchers have studied the genetics of RLS for more than a decade.

“We are convinced that the newly discovered risk loci will contribute substantially to our understanding of the causal biology of the disease,” Dr. Schormair said.

Study leader Juliane Winkelmann, of the Institute of Neurogenomics, cautions that the study has not revealed the cause of RLS.

“This [research] suggests that aberrations in certain congenital features of the nervous system only become apparent much later in the form of restless legs syndrome,” Winkelmann said.

“Armed with a better understanding of the causes, we can start to think about appropriate treatments. Our genetic study has taken us a big step forward in finding new and better treatment options for our patients,” Winkelmann said.

Following are highlights of the study: 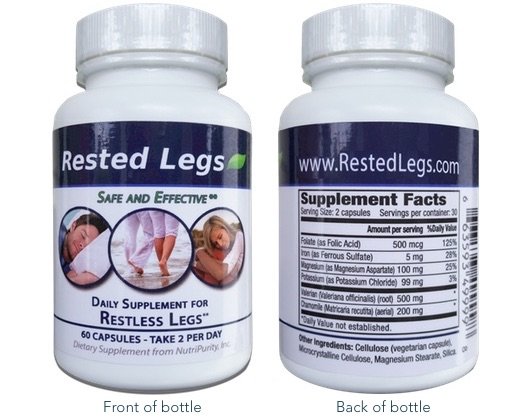